Layers of the Heart–The Wei, Ying, and Yuan Level

One of the most important Whole Heart Connection skills that we establish in the Mentorship is the full opening of the Wei, Ying, and Yuan levels of the heart.

In the Whole Heart Connection Intro, we speak about the heart as being like a donut hole, a place of emptiness in the middle of our personal donut, through which the light of consciousness shines. In the Mentorship program, we learn that the heart has layers, just as a person (or donut) has layers.

The Wei level of a donut is the place where the glaze and the sprinkles are. In a person, it’s changing all the time –sometimes we’re nervous there, sometimes we’re excited there, sometimes we’re frozen there… Sometimes we put on a song and dance; sometimes we’re completely free like a child, and it’s absolutely delightful. When the Wei level is healthy, we have true, spontaneous, uninhibited charisma. With that freedom, we also have response-ability, an ability to respond, because those fringes are out there in the wind, and we can feel how the wind is blowing. It’s a very exciting place –a healthy Wei level is ever-changing second by second.

Moving from there to the Ying level is easier if you put your hands on your body and feel the gushy stuff that’s inside. It’s a whole, loose, squishy, deep, complicated terrain in the Ying level. Many people have loss of heart on the Ying level, and sometimes it’s hard for people to really want to go into the Ying level, because “that’s where my deepest owwies are.” It’s also where our deepest beauty is–well, maybe not our deepest, but a lot of beauty, a lot of poetry, a lot of art.

The Wei level is kind of in front of the heart, and maybe the first centimeter of flesh. Then the Ying level is the fleshy part of the heart. Then what’s called the Yuan level is where the heart leans into the spine behind it, solid. When we move into the Yuan level it’s often very unfamiliar at first, but it’s very secure. It is the part of us that is deeper than any emotion we have ever had. For many of us, this is unimaginable. After a while, it gets easier, especially in a community that is looking straight at you from their own Yuan level.

It’s an incredible affirmation that happens in WHC community, to be in freedom and responsibility on the Wei level, deep healing tenderness on the Ying level, and then to understand that even all that beauty is not actually who you are. Underneath is the Yuan level, which is a read-only document that nothing in our life experience can change. It’s very important to access the Yuan level in healing, because it is the part of you that is completely undamaged and undamageable. When people really settle into knowing who they are in the simple Yuan level statement that life is making through them, there’s a fearlessness –not reckless –but a fearlessness, because you know that you can be hurt but, on some level, you know that you can’t be broken or damaged.

This is a brief overview of the three levels that we will be working with on this upcoming Making Connections day. Watch the video below for more detail about the levels. I hope you’ll join us. See you there.

If you’ve already attended a Whole Heart Connection Intro and you want a chance to re-immerse in heart-space, please join us for our monthly Taking Heart gathering.

Or, if you want a brief review of how Whole Heart Connection skills translate into an online context before signing up for other classes, join us for this short and sweet review of the basic practices. Learn more here.

Whole Heart Connection has nothing to do with acupuncture and can be of benefit to any human who seeks a deeper connection to themselves and/or to fellow humans! It has been an incredibly profound experience for me and has benefited me as a father, partner, practitioner, friend, son. Every time you take it, it changes you, you are different, the people you are with are different, and the class vibe is different. And one can always go deeper.

Could you be better connected to your heart, your needs, your power, the people in your life? Could you sound the note of someone who is in this place? Can you do this for yourself? Can you do this for others? Whether its wanting a better connection to your partner, your family, your co-workers, or yourself, this class offers valuable tools to do so. 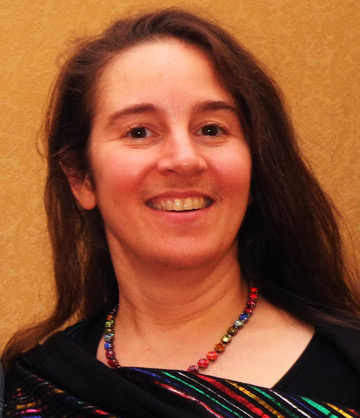 These are tools for fostering equality even in the midst of social power imbalance, and for becoming effective agents of social change without courting burn-out. In fact, Whole Heart Connection will do more for your health than you would have believed possible in such difficult times.

Whole Heart Connection practices draw upon aikido, Chinese medicine, and Sufism, all of which teach us that healthy change takes place on a me-first basis. Our goal is the well-being of entire communities, and so we are committed to fostering personal health every step of the way. There is no division between being an activist and taking care of ourselves.

At Perennial Medicine, we are committed to addressing the roots and manifestations of socially constructed power imbalances without shaming, blaming, or oversimplification. We understand that social justice is a very complex topic, and we welcome people who are at different stages of exploring all the ways that we might create a more fair and equitable world together.

Click on the link below to add the event to your cart.