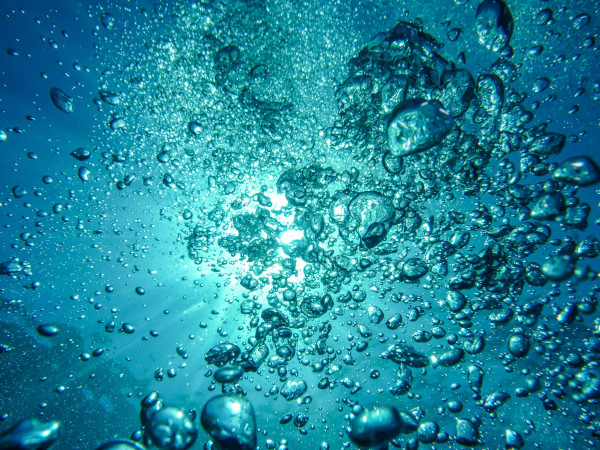 In Chinese medicine, there are Five Elements, each with a particular capacity for emotional disturbance. The Water element’s emotional disturbance is fear. Each element also has a virtue that is developed when we bring that emotion back in service to the Heart. Water’s returning to the Heart is called the Transformation of Virtue from Fear to Wisdom, via reassurance.

What is fear, what is wisdom, what is reassurance? They are physical states, and thus to understand them, we need to work through the body. 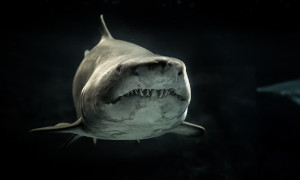 Fear is the acute awareness of the unknown in its rawest state. People who do not have a significant Water element tend to ignore what they don’t know: “Hey if I don’t know, it doesn’t matter.” When we don’t think about what we don’t know, how much easier it is to get to sleep at night! But it is not as easy to acquire the subtlety of wisdom.

A Water person can’t help but be aware of that critical unknown. When it is felt in the body, this awareness is called Fear: a gut feeling of being quite aware of how much I don’t know—especially what I do not know that really matters to my health, to my safety, and to my peace of mind. The emotion of Fear (or bodily-felt awareness of the unknown) is what opens the door to the Transformation of Virtue for the Water element: a journey from Fear to Wisdom. 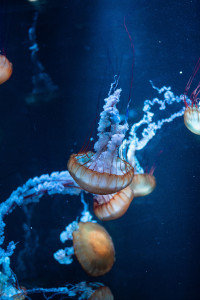 Fear is the entry-level of the awareness of the mystery—usually the most physiologically disadvantaged version of awareness of the mystery. How fear manifests can be incredibly various, and these manifestations give rise to the various disharmonies of the Water element. There’s a jibbering agitated kind of fear, and there’s the elevator shaft of doom kind of fear. There’s quivering jellyfish, there’s frozen, there’s peeing on the floor. I can get all revved up and say, “Oh my gosh, I have to be incredibly smart, incredibly clever, and never be caught without my utility belt on so that no matter what the universe throws my way, I will have a tool for it.” This kind of fear keeps us in turbo-overdrive. Attempting to reach an unattainable certainty, we never rest, and develop yin-deficient patterns of disharmony.

A more “collapsing” fear can lead to a sense of deep dark emptiness: “I’m doomed, I’m doomed, doomed!” But notice, even ‘doom’ is an attempt to escape the unknown. Doom gives us a sense of certainty. Feeling like ‘I’m doomed’ can, paradoxically, be a relief, because it’s an escape from the endless uncertainty. Being doomed, you don’t have to wonder about all the unknown possibilities… But it is a form of fear that leads to immobilization, usually in the form of sinking, collapsing, not even trying, or being frozen. These are the yang-deficient patterns of disharmony.

What all the different kinds of fear have in common is a relationship to the mystery (all that we don’t know) that can impact our health very, very badly, and there are many kinds of fear. In Chinese medicine, we refer to them as different patterns of disharmony. All kinds of fear can make us ill. All kinds of fear could lead to virtue when brought in service to the Heart, at which point fear becomes a path to wisdom. It’s not what kind of fear that matters. It’s what direction the fear is facing: towards the heart, towards itself, or spiraling out into the darkness. 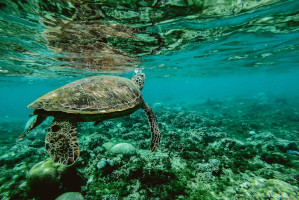 Potentially, our awareness of the mystery brings us into progressive empowerment, rather than exhausting us. Only those who have awareness of the unknown are capable of the journey into the sustained awe that leads to wisdom. Wisdom is not knowledge. Wisdom is not data. Wisdom is not a smarty-boots thing. The Tao Te Ching says: “Every day in the pursuit of knowledge, something is added. Every day in the pursuit of Tao, something is let go.” Wisdom requires a journey of listening to the silence, in the darkness, with Heart.

In the Five Element tradition, how we aid the transformation from Fear to Wisdom is by giving reassurance. Reassurance is not saying, “Oh, it will be alright.” That is a symptomatic treatment for fear. 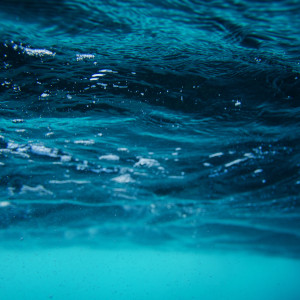 For example: sometimes before teaching a class, I feel fear. I think to myself, How did I get myself into this? What made me think I could teach this class? If I voice that out loud to others, they usually say “Oh, you’ll do great!” or some other such utterly meaningless and unhelpful utterance. I think to myself, Yeah, giving that kind of reassurance will help you sleep better at night. It doesn’t do a thing for me. I call this response “symptomatic” because it’s another way of saying, “Oh, don’t face the unknown; never mind the path to wisdom. Just ignore the unknown; then you’ll feel fine.”

Maybe that symptomatic approach works for a moment. If you’re convincing enough, authoritative enough, sound enough like God, with a deep booming resonant Water voice, you may erase the mystery and give the person whom you are “reassuring” a sense of certainty, just for a moment. But it won’t last.

Reasoning with the fear, saying to yourself and others things like “It’ll be okay, you’ll see” or “Trust your karma” or “You just need to learn to trust” is worse than useless. What is needed is a physiological shift, not a mental shift. A person can change the inner narrative in their head, but that’s like changing the lyrics to the song without changing the music. If I’m not changing the feeling inside me that’s humming like a refrigerator because my adrenals won’t stop trembling in the dark, then the change of inner narrative hasn’t actually helped. Our intent, on a me-first basis, is to invite a shift from physiologically harmful ways of having emotions to physiologically beneficial ways of having those same emotions. Not by denying our feelings, and not by talking ourselves out of them. 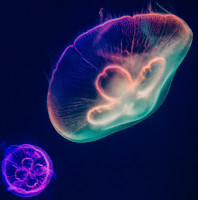 Because often, we don’t have that luxury. We can’t ignore how much we don’t know; it is still impacting us, and others. When the waters of fear are rising all around us, we all need to learn to give only real reassurance, on a “me-first” basis. Even if you are not practiced at this, you’ve got that capacity, and you will feel so much better when you begin to use it.

Reassurance means helping people who are experiencing fear to get comfortable with not knowing, so they can stay right there in the dark and listen. It’s not about sitting tensely in the dark going “What was that?” but staying in the dark until we become adapted to it. Then we begin to navigate the dark like a native of the night, moving through the shadows with much greater ease. 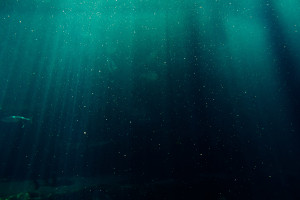 If we sit in the darkness with Heart (which is very different than sitting there in Loss of Heart), something slowly begins to emerge out of the dark that comes without any definitive sense of having the answer, but with a sense of having identified something that feels right for us. We know that this is the next step on our path, even if we do not know exactly where we are headed.

The function of reassurance is this: to offer support to the act of faith required to sit in the dark until we are equally aware of what we know and what we don’t know.

What do we need to do, and how do we need to be in our bodies, to reassure? First of all, it’s not primarily about what we actually say to a person. The words that accompany the message may be useful for the mind, but what I want to see is a shift in people’s bodies. 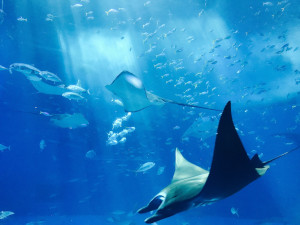 To communicate reassurance with body language, we need to settle into our chair with full weight, with a sense of physical density; really give your chair a lot of you to hold up! Let your pelvis be heavy and full like a bowling ball. Let it be wide like the base of a pyramid. Sit as though at the bottom of the fish tank, or the bedrock at the bottom of the ocean, making the dark an acceptable place to be. 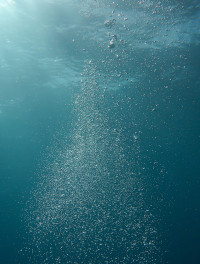 The voice of reassurance sinks down; the sound is a groan, but it’s a powerful groan, the groan of the bottom of the ocean. It’s the groan of the silence that contains all noise, a kind of deep, holding sound. And then, whatever it is that we’re saying (to ourselves or to someone else), what we’re really saying is: there’s an entire ocean of Tao supporting you. Just as this chair that I am sitting in now is supporting me, and just as the place that you are seated is supporting you, we are supported by Tao. The unknown that you sit in the midst of is your resource, and what is inside of you—much of which is unknown—is your other resource. With our voice and body language, we are conveying the message: There is bedrock at the bottom of this ocean; you will not drown in your life.

We are always functioning with that balance of known and unknown. The unknown may be everything outside of us, and even part of what’s inside of us. But there’s also, when we really settle, a felt sense of the life in our own bones, whispering to us.

Listen—what do you hear in the silence?

Find part two of the series here, How to Become a Reassurance Expert on a Me-First Basis.